I know that this isn’t entirely related to CBD but now that more CBD companies are getting involved with vaping,  I thought it only made sense to share for both consumers and brand owners to make sure they are doing everything they can to remain compliant and out of trouble.

A warning for thirteen companies producing and selling vaping hardware and juices has been issued by the Federal Government. In this warning issued by the Food and Drug Administration and supported by the Federal Trade Commission, it is stated that thirteen manufacturers and sellers of e-juices are endangering the children by selling their products in packaging that looks eerily similar to juice boxes, candies or cookies.

The Reasons Behind The Warning

The FDA and FTC have explained their reasoning behind this warning with a very simple explanation: the e-liquids used in electronic cigarettes contain nicotine and are packaged in colorful packages that resemble lollipops, candies, or juice boxes. Also, these are named in fun names like Smurf Sauce, Candy Clouds, Vanilla Cookies and the like. And it is easy for children to get confused and mistakenly get an e-liquid instead of the juice box. Ingesting e-liquid by a small kid can lead to illness, or in severe cases to death.

The warning was brought forth after there were thousands of confirmed nicotine exposures by young children. The exposures were explained as accidental, where the kids were tempted by the colorful labeling and packaging. This is in direct violation of an FDA regulation that is related to the marketing and distribution of tobacco products, that states that any tobacco or nicotine-containing products should be designed in a manner that will not be appealing to minors.

A representative of the NEwhere Inc, a company that produces e-liquids and has received a warning, has stated that their products are intended only for adults that are looking to make the switch from conventional tobacco cigarettes to a much safer medium – the electronic cigarette. And the warning was targeted on a single of their discontinued products that was even voluntarily drawn from the distribution.

Their official response is (quote) “We definitely didn’t intend to position it as a product that would appeal to anybody who wasn’t of legal smoking age.”

Another response was issued by a representative of the Tobacco Vapor Electronic Cigarette Association, or short TVECA, that they support the warning, as it is aimed at companies that actually are targeting minors.

TVECA is a nonprofit organization that aims to create a sensible and responsible electronic cigarette market by providing education, communication, and research to all concerned parties: consumers, media, and the lawmakers.

In the TVECA response, they claim that the serious companies are making and naming their products in order to be competitive with the large tobacco conglomerates, whereas several companies don’t take this seriously and name their products with juvenile names that may appeal to young people and even minors.

A larger FDA plan is to subdue the use of tobacco and nicotine products by minors. The FDA warnings are not out of the blue. They are a part of the Federal Government’s strive to lower the availability of tobacco and vaping products to young people. There was another issued warning, this time warnings were sent to forty retailers that were selling JUUL products to minors.

According to official health reports, the JUUL e-liquid is very addictive, especially in youngsters, and this product is lacking research and in-depth evidence about all its effects on the health. Also requested by the companies was the conduction of a research as to why the e-cigarettes have such an appeal to teens.

What Can Companies Do?

All the warned companies are given a period of fifteen days to provide a substantial answer. They can either go with defending of their reasoning behind the labels and packaging. Or they can go with explanation and subsequent changing of their labeling as to make it less appealing to youngsters.

If the warned companies don’t comply with the demands by the FDA and FTC, they are risking being drawn into federal actions like prosecution or serious fines.

Look, I’m all for companies protecting minors keep them safe from products that they shouldn’t use. That being said, I don’t agree with what some of these companies are doing to make their products look like candy. Stop the nonsense guys! If you own a CBD or THC or any type of cannabis or vaping company do yourself a solid and stay away from the food like product marketing for teens.

For those pissed off at the FDA, don’t be. They don’t always do things to hurt companies. Sometimes they actually do good things, like what they did for those taking this epilepsy medicine. 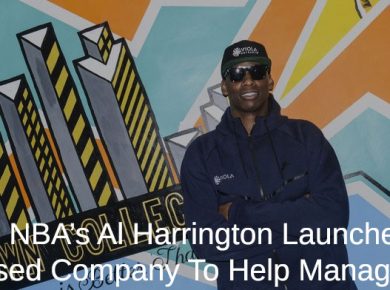 Professional athletes live a very physical life. They’re constantly training every day, doing drills, working out and then playing games. The money is good but the lifestyle can be physically… 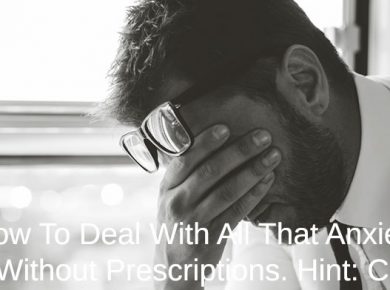 Anxiety is a constant companion throughout our lives. There is not a person that has not suffered from a bout of an anxiety attack at any one time during their…