I have covered quite a few subtopics related to CBD consumption. Most recently I wrote about how it can help with relieving anxiety issues. Now I’m here to talk about an even more serious issue that this might help with. I’ll kick things off by giving you the TL;DR version of this article: help your depression with regularly taking CBD. There I said it!

CBD has become a highly praised ingredient, additive, oil, supplement (whatever you want to call it) that helps you deal with a lot of physical pain. But many people also use CBD in order to help them deal with emotional pain and especially when dealing with a traumatic experience or when suffering from PTSD. I first started learning about this when I came across Warfighter Hemp. That’s when I really opened up to the idea of using CBD oil to treat depression.

One major health issue/concern that CBD can help with (and this has been subjected to scientific testing) is a mental disorder, called depression.

A Clinical Study (A Vote for CBD and Depression)

A study conducted on mice has clearly shown that the proper dose of CBD can help treat depression. If you think about the depressed mice, the scientist conducting the study only explained that the mice were specifically bred to be able to exhibit depression-like symptoms and they were able to use them for the purpose of the study.

They were testing to see if a single dose of CBD can have the same effect on the mice as a dose of an anti-depressant. The mice were given a swim test, and the mice that were given CBD showed better mobility and were more active and intend on swimming. The mice were tested for over a week to see the long-term effects.

The mice that were treated with the CBD were forced to swim in order to see how they react under a stressful situation and it was shown that those that were given CBD were reacting a lot better to stress, dealt better with the task in hand and had a better attitude. This points out that CBD has anti-depressive properties.

The effects were clear after only an hour after administering the CBD and the effect lasted more than a whole week. This points to CBD being an even more powerful anti-depressant and it has a long-lasting effect than most of the commonly accepted anti-depression medication.

Even though this study was done on mice, many may argue that it may not be adequate for people. Even if this is so, the results and the fact that there are conclusive studies done with CBD as the primary subject for treating depression are a step in the right direction. The legislation and the regulations regarding CBD are still fairly strict and it would certainly take time for the medical studies to be done on people and the test studies to result with changing the way we treat depression.

I believe in alternative medicine and I want to see the day where people will get CBD-based anti-depressants prescribed to them to help them, instead of the heavy addictive medication. While many of us know and use these products regularly for different issues, it will be a long time before the medical professionals make and approve an actual CBD-based treatment.

I’m all about treating pets like they’re a part of our family. My guess is that 99.99% of pet owners feel the same way. We take care of our pets better… 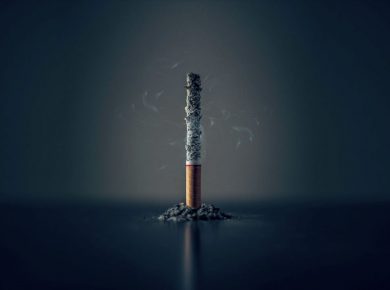 Addiction to nicotine happens in the blink of an eye, without knowing till it becomes too late to stop the intake. From then onward, it becomes a battle to start…