Patients who rely on medical cannabis oil are rejoicing in relief after all Virginia lawmakers approved legislation to allow doctors to prescribe cannabis oil to patients who desperately need it. These changes in Virginia’s medical marijuana laws are providing people with the option of natural and safe treatment.

Medical marijuana is a huge source of keeping epilepsy under control- something that many Americans suffer with and traditional pharmaceuticals are failing to help with.

Many families with children diagnosed with the disorder have been fighting tooth and nail for the legalization so their children can have better lives.

One of these families have become very emotional about these changes being made, as medical cannabidiol was the one thing that nearly eliminated their 14-year-old daughter Jennifer’s seizures, which were roughly 300 each day.

Beth Collins, Jennifer’s mom, relocated with her daughter to Colorado just so she could continue using medical cannabis oil. They were happy to return home to Virginia with the new laws in place, stating that “we chose to come back to the state we love and the people we love and put our faith in the lawmakers.”

This family along with many others lucked out, and lawmakers legalized the use of medical cannabis oil for individuals suffering from intractable epilepsy (just like this 6-year-old in Texas).

The unanimous votes in the Senate and House allow doctors to prescribe patients medical cannabis oil for anyone who will benefit from it- not just people with epilepsy.

Families, lawmakers, and doctors hope that utilizing cannabis oil to treat pain and diseases will aid in mitigating the opioid crisis. Many states with cannabis treatment programs have seen an incredible 25% decrease in opioid-related overdoses.

People living in Atlanta and other locations throughout Georgia are likely wondering if CBD oil is legal to use and sell in the state. I’m going to come right out… 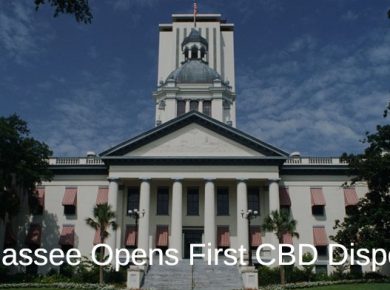 Have In the past few years, CBD dispensaries have been no stranger to places that originally prohibited every type cannabinoid compound- even the ones that aren’t psychoactive. Due to scientific…