Not getting enough sleep is awful. Based on my personal abilities to function optimally, I need an adequate amount of sleep. Many others are in the same boat and have turned to CBD oil to help regulate their sleep patterns. Insomnia and intermittent sleeping issues can really disrupt your daily routine.

There are many things about the cannabis plant that are misunderstood, especially when the benefits of the plant are discussed. Most critics of cannabis only want to discuss the plant’s setbacks and negative effects, but there are appropriate times for cannabis to be used.

The cannabis plant contains hundreds of different compounds, and several of these compounds have been under scientific study for decades for their therapeutic benefits. The most intriguing compounds of this plant have been cannabinoids, which are now being studied in the use of dealing with many conditions and symptoms. Due to FDA regulations, we cannot say that this prevents, cures, or helps treat any diseases.

Cannabinoids have been tested for their potential as a sleep aid. CBD, also known as Cannabidiol, is one cannabinoid that is available in supplement form, and unlike medical cannabis, yes, CBD is legal to obtain in all 50 states. Learn all about it by reading this page.

Studies On Insomnia and CBD Use

In recent times studies have been conducted on CBD and its benefits in alleviating insomnia. In 2006 a study revealed that Cannabidiol, the second most important constituent of cannabis, can have an impact on the sleep mechanism of rats.

In 1981 a study in Brazil was conducted in Sao Paulo where 15 insomniacs were assigned a single dose of CBD, ranging between 40 mg and 160 mg, placebo or nitrazepam. The results showed that those who took the highest dose of CBD had their sleep significantly increased. Dream recall decreased possibly due to a reduction of REM sleep, where dreams are the most active.

Going back as far as 1972 clinical trials were conducted on healthy volunteers, insomniacs and epileptic patients and the consumption of CBD. In these trials, volunteers took acute doses of CBD that ranged from 10 to 600 mg, and most notably 10 mg for 20 days or 3 mg for 30 days. Those who consumed 160 mg of Cannabidiol actually reported having significantly better sleep compared to those who were consuming the placebo in the trials. These studies suggest that when taking smaller doses of CBD, a person is more likely to feel more stimulated rather than drowsy.

Catherine Rudolph, a certified nutritionist, suggests that one starts with smaller doses of CBD Oil if they are just beginning to address their insomnia issues. According to Rudolph, there is nothing wrong with one needing to take another serving of CBD Oil if the first serving they take just 30 minutes before they go to bed doesn’t work. Rudolph also suggests that CBD Oil doses should be taken consistently if one wants to regulate his or her sleep cycle.

Want to hear what else Catherine had to say about this? Check this video out:

Since CBD Oil has a calming effect on the human body, it is easy to assume that one doesn’t need to take CBD Oil consistently, but if one is able to take regularly scheduled doses of CBD Oil before they go to bed each night for at least 2 weeks, they will start to see positive changes in their sleep cycles.

When taking smaller doses CBD can stimulate alertness in the average human being and can reduce sleepiness during the daytime. CBD may help reduce REM (Random Eye Movement) behavior disorder in people who have Parkinson’s Disease. Keep in mind that it will not prevent, cure, or treat Parkinson’s Disease directly.

This disorder is a condition that causes people to act out of control physically while dreaming or having REM sleep. The body is basically paralyzed during REM, a state known as REM atonia. Sleepers are kept from reacting physically to their dreams under this immobilization. Studies suggest that CBD may help improve REM sleep abnormalities in people who have post-traumatic stress disorder, or PTSD.

Here’s How It Works

How does CBD work? Along with other cannabinoids, CBD influences the human brain by interacting with the brain’s own cannabinoids, which are called endocannabinoids. Stuart Tomc, Vice President of human nutrition CannaVest Corp, a CBD Oil supplier based in San Diego, states that CBD can help to restore a more balanced tone within the endocannabinoid system, positively and broadly affecting various processes that control brain signaling, by way of neurotransmitter function, ion channel and membrane dynamics, inflammatory responses, and gene expression.

The endocannabinoid system is responsible for all of the body’s homeostatic functions, and working with this system, Cannabidiol can regulate balance and homeostasis in the human body.

CBD Oil happens to be a close-related cousin to THC Oil. THC, short for Tetrahydrocannabinol, but there are key differences between these two cannabis compounds. Unlike THC all the beneficial physical and psychological effects of cannabis come from CBD, providing these benefits without the mind-altering effects and the psychoactive properties. It also helps that CBD Oil has fewer side effects so that one can avoid the “hangover” feeling after consuming cannabis the night before.

Is CBD Oil a reliable sleep aid? Considering all the provided evidence, when taken with proper care CBD Oil is a more than viable option to consider if you are having trouble sleeping at night. The calming effects of CBD Oil make a big difference, and after a successful long night of sleep, your body will thank you for the help you have given it.

So many men and women are using vaporizers, vape pens, and other convenient vaping devices. Many of them are either curious as to whether or not CBD vape juice and… 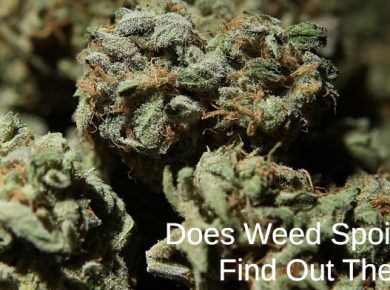 Weed is best used as a freshly dried herb. But not many of us have the luxury of having access to high-quality fresh weed and we have to rely on…