Nevada is one of ten US states where the cultivation of industrial hemp, the medical, and the recreational use of marijuana are all legal. There are, however, some stipulations to these laws which I’ll address below. CBD oil and all CBD products are legal in this state and can be found in many retail stores. This was researched in July 2019.

CBD in the Silver State

The use of CBD oil and other CBD products in Nevada is free for all citizens and is not sanctioned under any law. This means that people can freely use any CBD product that is in line with the US Federal Farm Bill, meaning the CBD products should contain less than 0.3% THC.

Hemp has a long history of cultivation across the world. It was first planted in North America by the earliest settlers in the early 1600s. It was later when notable people like George Washington started growing hemp as a cash crop. Also, the Declaration of Independence was drafted on hemp paper and several of the founding fathers were known growers of hemp.

The first use of hemp in medicinal applications was in India and was introduced in the USA by an Irish physician by the name of William Brooke O’Shaughnessy. The rest is history, as they say. But this history was curbed by some turmoil and with the ban on cannabis, and later on hemp. It was in 2014 when hemp was reintroduced in the USA as a cash crop.

Since 2015, the industrial hemp was introduced as a crop in the state of Nevada. First, it was only as a pilot program for research, and in 2017 it was allowed for farmers to grow industrial hemp as a cash crop. The State of Nevada is in search of hemp farmers, as the commercial cultivation of hemp has been proven as a lucrative business.

The state does not have a separate law related to CBD. The use of CBD oil and other CBD products is free for all Nevada citizens, as long as it has less than 0.3% THC and is derived from hemp, as the US Federal law mandates.

Today, the medical marijuana program in Nevada is governed by the Nevada Division of Public and Behavioral Health, and there are about 17,600 registered medical marijuana users. The state has licensed dispensaries in all major cities, and patients are allowed to grow up to twelve mature plants in their home, as long as they live more than 25 miles away from an operating dispensary.

Weed Is Legal In Nevada

The Sagebrush State is one of 10 US States where the recreational use of weed is legal. This law was passed in 2016 and took effect on January 1, 2017, but it comes with some stipulations. People can only buy their weed from licensed dispensaries/weed stores, and they need to be at least 21 or older. Also, it is legal to possess up to one ounce of weed, anything more is fined by $600 fine.

The consummation is forbidden in a public place or a moving vehicle, meaning one can only smoke weed at home (or on private property). Also, people that live more than 25 miles away from a marijuana retailer can grow up to six mature plants.

The Nevadan people can find a lot of retail stores selling excellent quality CBD oil and other CBD products. There are stores in all major cities; most are concentrated in Las Vegas, Reno, and Carson City.

Anyone who is not interested in visiting a retail store can freely order their CBD product online from a seller of their choice, and have it delivered to their home. I’ve covered a bunch of brands, but this Seabedee.org site has great options if you’re looking for something.

To Wrap Things Up…

The State of Nevada allowed the cultivation of hemp for research purposes in 2015, and in 2017 it allowed the commercial cultivation of this agricultural crop. The lawmakers have seen the benefits marijuana can bring to people suffering from some debilitating medical conditions, and have allowed the medical application of marijuana in 2001, amending and expanding this law in 2019.

CBD is free to be used by all Nevadan citizens as long as it has less than 0.3% THC and is in compliance with the federal CBD laws. There are retail stores in the state carrying good quality CBD products, with the possibility to order any type of CBD product online. Lastly, anyone can legally buy weed from a licensed store and freely light a joint in the privacy of their home, as the recreational use of weed is legal in the Casino state. 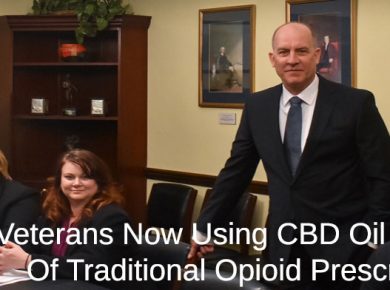 Here, it should be pretty clear what our stance is when it comes to using hemp and CBD products. We encourage it and there’s one group of people that are…
In simple words: yeah, CBD is legal in the State of Kentucky. In 2017, the Kentucky legislators passed a bill legalizing CBD, as long as it has less than 0.3%…